After Øystein Husemoen got hooked on the guitar when he was 13-14 years old, there was no way back. Spending most of his time playing the guitar it wasn`t long before he found himself sneaking into the local pubs to join the jam sessions.
After studying at the Musical Instrument Academy in Sarpsborg, Norway, he took  his german gessellenbrief in plucked instruments in 2002.
He founded Husemoens Gitarmakeri in his home town Lillehammer the year after and the workshop is now one of few professional workshops for building and repairing guitars in Norway.
After the Norwegian Wood Series was introduced in 2010 he has dedicated himself to the use of local alternative woods, proving once and for all that you can sound great without the use of endangered woods.

Since the beginning all kinds of custom acoustic and electric guitars has been buildt for a wide range of customers both in Norway and abroad, and way more than a thousand guitars from all over the country has been repaired in the shop. Collectors and enthusiasts, aswell as major Norwegian and international artists have gotten their dream guitar made in the workshop in Lillehammer. 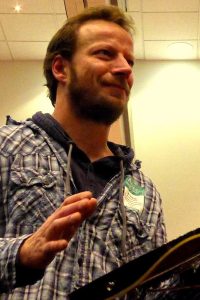 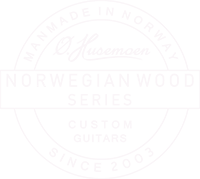 *Some international customers (mostly USA) have experienced some problems getting through on the mail above.
Should you have any problems please let us know, and send your request to this address:
nwsguitars@me.com